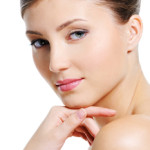 The nose is at the center of the face and thus the personality of each person. For those who do not like their own nose, they often suffer for years. Therefore, a successful surgical rhinoplasty usually leads to a great mental relief and a strengthening of self-esteem among those affected. Nasal surgery procedures, also known as rhinoplasty, have been technically mature for many decades and are safe and promising in the hands of a careful and experienced surgeon.

What happens with the nose correction / rhinoplasty actually?

With invisible incisions inside the nose, the cartilage and skeletal structure of the nose is prepared in surgical precision work and changed in shape and size according to your ideas and wishes. For this purpose, the plastic surgeon uses the finest instruments specially developed for the cartilage, bones and mucous membranes of the noses.

In most cases, if the nose is corrected, the nostrils must be oversized, the nasal tip raised, the nostrils refined, or the skeleton narrowed. Crooked noses often have a malposition of the nasal septum, which can also hinder nasal breathing. The straightening of the nasal septum then also belongs to the operation of nose correction. In individual cases, additional tissue such as cartilage or bone must be planned to compensate for saddle noses or other defects.

What results can be achieved with a nose correction?

In nose correction, the shape and size are refined according to your ideas and brought into harmonic proportions to the other facial features. Nose bumps and oversized nostrils can be effectively reduced, narrowed a wide nose and a crooked nose can be straightened. The desired shape is best modeled in rhinoplasty if there is a good bony and cartilaginous nasal skeleton and a normal nasal mucosa.

In pronounced crooked noses and saddle noses cartilage or bone must be transplanted in individual cases, in order to obtain a good form and function. Previous injury or surgery should be carefully considered when planning the desired rhinoplasty, as it may cause nasal airway or nose breathing problems.

A coarse-pored and high-fat skin can hamper the formation of a fine nasal tip, while a very fine skin makes the contours of the bone and cartilage framework clearer. The desired result can be achieved with the modern plastic surgical methods in most cases. Small irregularities in the area of ​​bone or cartilage corrections that can result from internal adhesions sometimes require post-correction.

Most nose surgeries are performed under general anesthesia. However, some corrections are also possible under local anesthesia and sedation. The surgery takes one to two hours. The necessary preliminary examinations for anesthesia are usually performed on the day before your surgery in the hospital. You also have the opportunity to discuss the anesthetic with the specialist. Depending on the procedure, a hospital stay of one to two days can be expected.

How do I prepare for nose surgery / rhinoplasty?

Already 14 days before the operation, you should refrain from using pain relievers with acetylsalicylic acid (aspirin, blood thinners), as these delay the blood clotting. Alcohol and sleeping pills should be avoided as much as possible. At the preliminary examination for the rhinoplasty the function of the respiration and the condition of the nasal mucous membranes are examined. For sensitive mucous membranes, it is recommended to use a nasal care cream such as oily nasal drops two to three weeks before the surgery. Chronic inflammation of the nose, throat and ears should be clarified and treated in good time.

How is the operation going?

While under anesthesia, the bleeding tendency of the mucous membranes is reduced by a vasoconstrictor. The desired shape changes are made in the nose correction of small inner sections. For this purpose, the cartilage and skeleton is temporarily exposed by detachment of the skin and mucous membranes. With specially developed instruments for rhinoplasty, the bony nose can then be used to remove the excess bone and cartilage framework and narrow the nose, shorten a nose that is too long, or reshape the tip of the nose.

In a crooked nose, which is often caused by an injury, all malpositions of the bone and cartilage framework must first be solved and then brought into a correct position. Once all shaping measures have been taken, the nourishing mucous membranes are re-applied and sutured with fine, self-absorbable threads. In addition, the inner nasal passages are splinted with soft tubes or ointment gauze. The nasal skin is modeled with fine plaster strips and adapted to a specially shaped for your nose plastic splint.

What happens after the operation? 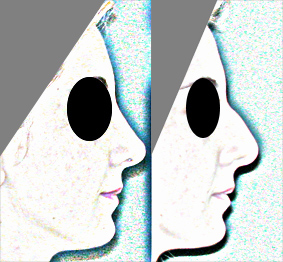 Immediately after the nose correction, only slight pain, but with clearly visible swellings and bruises, especially in the cheek and lower eyelid area, can be expected. Both are formed within a few days. The internal splinting of the nasal passages with the soft tubes or the ointment strips is painlessly removed after one week. The outer plastic splint should be worn during the day for two to 7 days to support the new shape of the nose. In the first time after surgery, you should store your head elevated in bed.

What are the risks of rhinoplasty?

If you are allergic to certain medications or care products, you should tell us in any case. The Plastic Surgeon should also be informed in advance of other known diseases. If you have noticeable bruises or if you have persistent bleeding after minor injuries, a coagulation disturbance should be excluded before the operation by a suitable special examination.

What complications can arise?

After rhinoplasty, there may be a change in nasal sensation for several weeks. Even in the surrounding skin areas of the cheeks and upper lip can be found a few weeks a reduction in touch sensitivity. With elaborate corrections, especially on the nasal septum, scars and circulatory disturbances of the inner mucous membranes may remain, which in the worst case lead to cartilage damage. These very rare complications can also affect the shape and function of the nose.

More common are changes in shape caused by uneven scarring on the bone and cartilage framework. If such bumps are not or only very hesitantly formed, even after several weeks after rhinoplasty, another small procedure may be necessary.

Which after treatment is required?

Imagine that you are clearly handicapped by the inner and outer splints in the first week after rhinoplasty. In the second week, however, you can usually plan short trips again. However, the plastic external splint should be worn as much as possible for another two weeks, so that the new shape of your nose can finally heal.  A nourishing nose ointment or nasal oil helps the mucous membranes to regenerate faster.

What should be considered after the procedure?

Since the new nose shape is not stable until three to four weeks after the operation by internal healing, you should renounce sporting activities during this time. Normally, you will hardly feel impaired in your well-being and mobility a week after the operation. Should a swelling tendency occur due to water retention or scarring, you can counteract this with a slight lymphatic drainage. If you are dependent on wearing glasses, you can facilitate the post-treatment by attaching a special straightening bar.